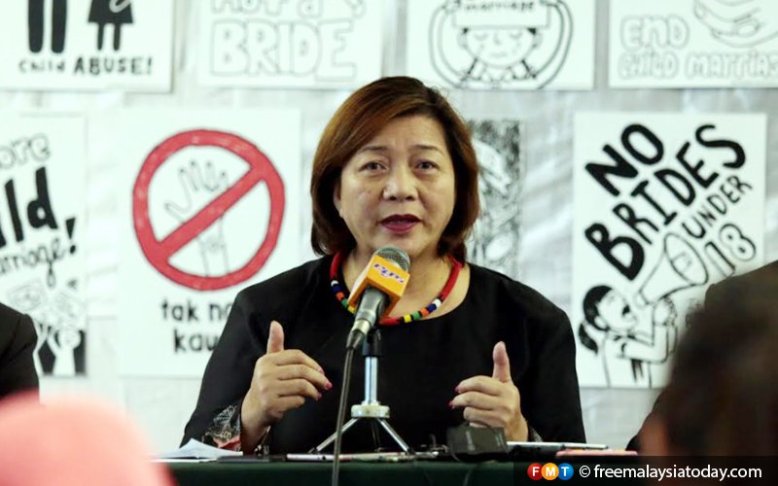 She wants the state government to instead explore alternatives to the proposed mega dam. Jannie gave an assurance today that she would speak up for those affected by the project, although she admitted she was in a “difficult” position now.

Being the law and native affairs assistant minister now, she said, “we are in a different situation”, adding, however, that her stand was still the same.

Jannie, who is Sabah DAP Women’s chief, was part of a string of local NGOs and civil society groups who opposed the previous Kaiduan Dam in Penampang, which has since been scrapped by the new government.

However, the government has announced this new dam project, which is to be built in the neighbouring district of Papar. Critics claim it is just a “re-hash of the old project” as it would be constructed on the same river.

The former Human Rights Commission of Malaysia (Suhakam) commissioner said: “I will do my best within my government to give my point of view. I have access to ministers and we have brought this up — it was different when we were in the opposition.

“I do believe native rights have to be respected. In the case of this dam, if it’s going to affect the native people, I think it is very important to ensure their rights, including their land rights, are respected.”

She said she had worked with NGOs in the past and that they knew her stand. The matter, she said, had to be discussed at proper forums and channels.

“My advice to them is to gain the respect of the government and to continue what they believe in. Don’t be deterred just because there are announcements on the dam. Respect of rights — this is what we should work on,” she told reporters here today.

Chief Minister Shafie Apdal had recently defended the state government’s decision to carry on with the Papar Dam project, saying Sabah needed ample water and power supply, especially with more investors coming to the west coast of the state.

Shafie, who said he had spoken to Jannie and her sister Jenifer, the Moyog assemblyman, on the Papar Dam project, also reiterated that the state government had no intention to cancel the project.

Instead, he said, it had cancelled the Kaiduan Dam project, which was planned under the previous government, after protests from villagers.

Jannie said Malaysia had committed to a sustainable development goal and, thus, the country should look to honouring what it signed up for.

“Being a government, we need to ensure that we look at all these aspects — environmental and social impact assessments. These must be adhered to. I also believe we must look at the alternatives.

“I hope there will be a good forum established for them (affected stakeholders) so they can talk about this at a proper platform. My principle is what is agreed upon eventually should be coming from a proper forum and then a decision can be reached by the government.

“I think the chief minister himself has already said that I have expressed to him some of these concerns. Of course, there are things in government that we need to improve. We need to have a good dialogue,” she said.

Jannie said she had been approached by concerned stakeholders, such as the grassroots movement Task Force Against Kaiduan Dam (Takad), which feels villagers there would be badly affected by the Papar Dam project.

She also noted that Deputy Chief Minister Christina Liew had told the last state assembly sitting that the environmental impact assessment for the project had yet to be completed. – FMT news