The Razak School of Government recently organized the Dialogue Leadership Programme which invited 20 senior public officials from government ministries and agencies as well as organizations and community representatives.

PACOS Trust were invited to share the organization’s and community’s experiences during the recent earthquake in Sabah.

The dialogue setting was informal where government officials were creating/suggesting a new policy for disaster risk management with their main focus being the Sabah earthquake. They were divided into groups and took turns interviewing PACOS representatives; Andrew and myself, on community issues before, during and after the earthquake.

We shared with them PACOS background and work in general, as well PACOS experiences in helping with the relief effort; mainly on the water distribution efforts. We also suggested that the indigenous communities who work as guides and ‘porters’ should be recognized and supported by creating their own labour organization. Respect on indigenous people’s (IP) culture and belief and acknowledgement on their rights towards land and way of life were also suggested to be included in the new policy work.

Overall, this was a good half-day dialogue and its informal setting meant that issues could be discussed easier and without prejudice. Participants were also open to criticism and suggestions. It is also worth noting that this was the first time that government agencies and NGOs jointly speak together and did a postmortem on the recent disaster.

We express our sincerest gratitude towards the organizers and we look forward to future cooperation regarding IP issues. 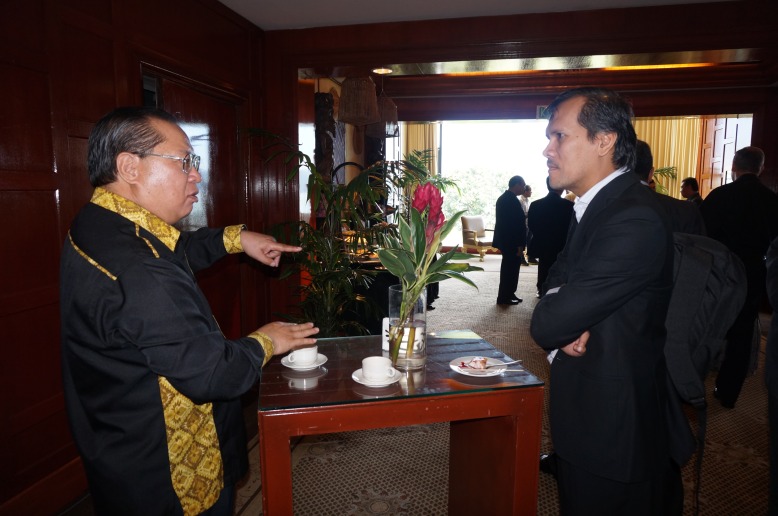